A whole bunch of things

It's been a really long time since I posted anything here, so this post'll just be a big dump of things I've done.

First off though, for a limited time you can get free shipping when you buy my prints from Society6 if you use this link. And feel free to suggest prints of different things, I never really know what to make available. 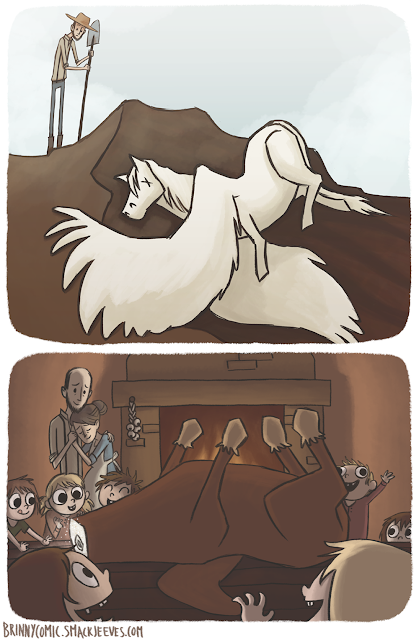 I asked for some drawing inspiration, and one of my followers suggested "A 1930’s farmer that discovers something magical/mythical." 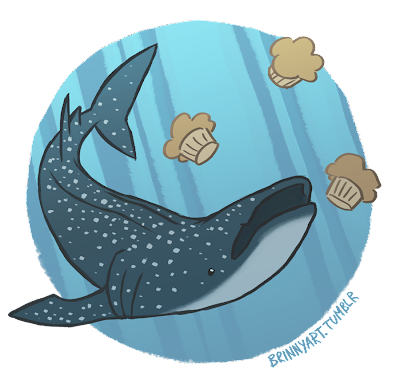 Another suggestion, a whale shark with some muffins.

Monster boys inspired by the monster boy and girl generator. 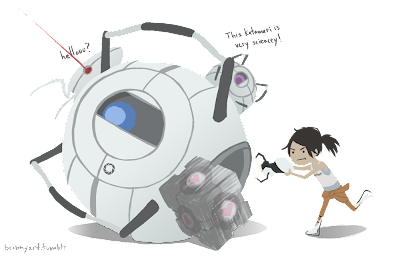 A combination of two of my favourite videogames, Portal 2 and Katamari Damacy. 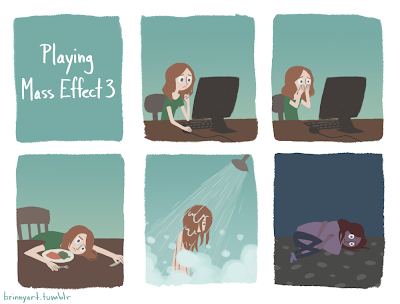 A comic about playing Mass Effect 3. It was posted on Kotaku which was pretty awesome, but the comic's really more about playing the game than just the ending.

(Click to see the animated gif)
I made this gif, then I made it into a video. 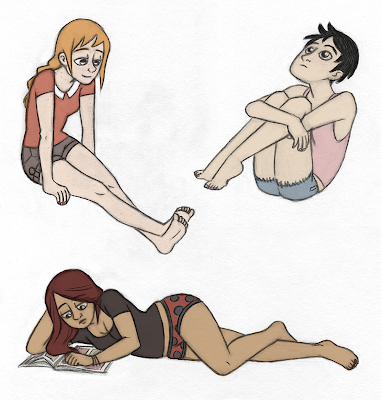 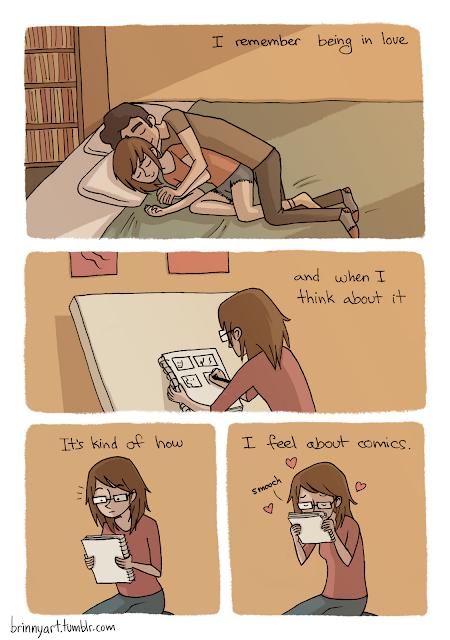 I did a corny comic about comics.

I've also been doing this thing where people suggest a series (games/tv shows/movies, etc) and I draw myself as though I was from it. 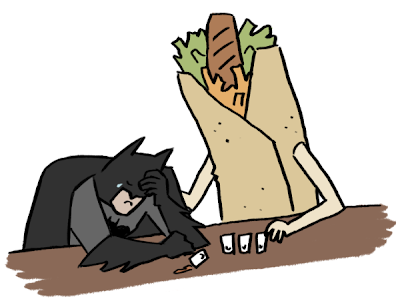 Someone also suggested I draw a depressed Batman with a fajita, which didn't have anything to do with the prompt but I did it anyway.

Last week I did a(nother) comic about Mass Effect. If you've never played it, this won't make any sense and it's pretty spoilery, so fair warning. 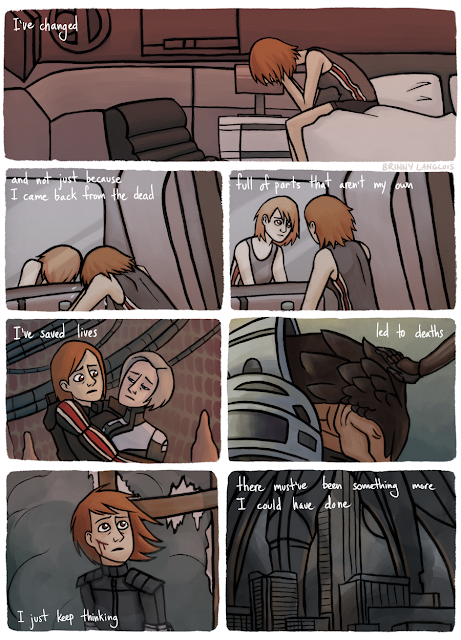 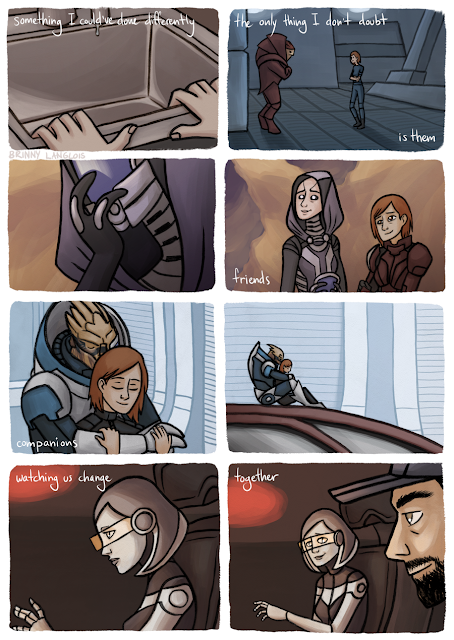 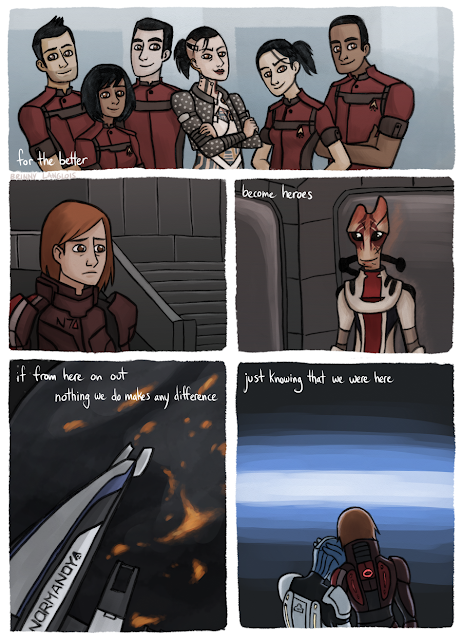 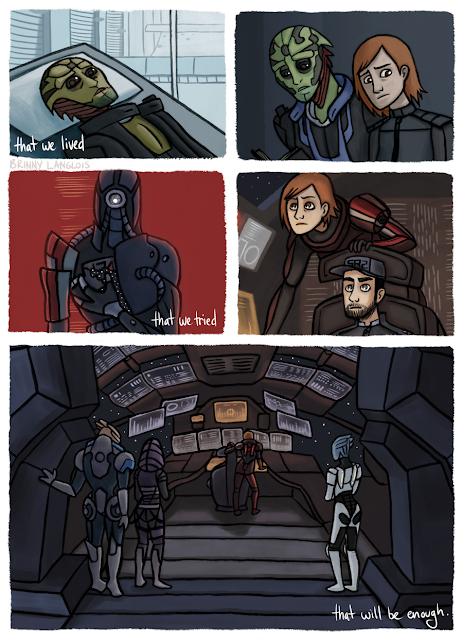 And last but not least, if you have an iPad you should get Emanata! It's a free app that you can read my, and a bunch of other indie comic artists' stuff on.