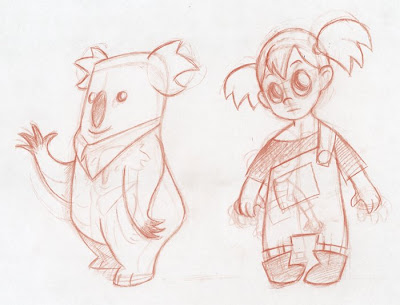 I had some extra time so I cleaned them up. 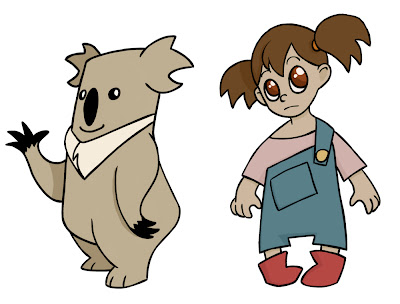 These characters go along with the Swamp City layout in this post.

Edit: I had to upload these without an explanation because of a fire drill. So, on with that!

In this future world, due to global warming, some higher power, fire ants or what have you, the average temperature of the planet has increased significantly. This has affected different species is different ways, some more dramatically than others. Quite a few have become extinct, while others have flourished. And other still have become insane, murderous kung fu masters and moved to the big city (or what's left of it)! Of the latter are the lovable koala bears.

Koalas have taken the title of "Species That Punches Other Species in the Face Most" away from Humanity, and has protected that title with an iron claw. Though one solitary koala (we'll call him Luke Skywalker) has chosen to allign himself with humanity, especially one little girl (Han Solo) to try to achieve peace in a broken (and very wet) world.
Posted by Unknown at 12:59 PM